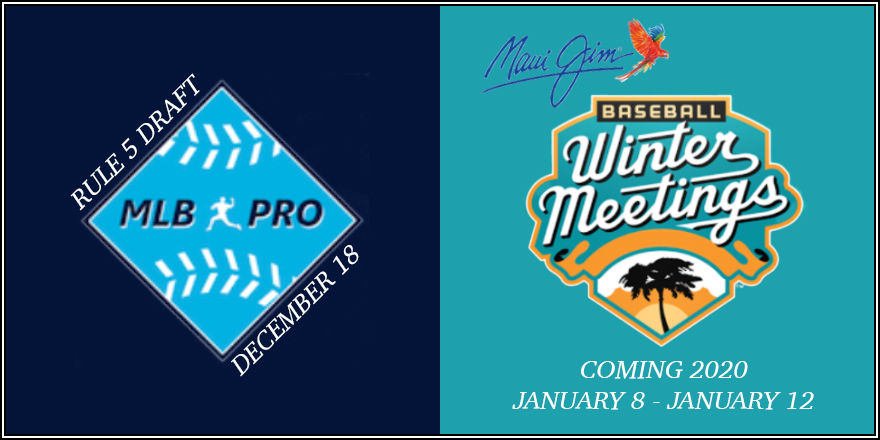 The 2019 MLB Pro Rule 5 Draft will take place on Wednesday, December 18th.
—-I know there are last minute decisions and schedules do not always allow for planning ahead of time, but I would ask that everyone at least TRY to make your protections done ahead of time. Let’s attempt at giving everyone the most accurate draft pool as possible. In addition, protecting players ahead of time allows for you to double and triple check that your protections are accurate. I would like to avoid past years where players meant to be protected, were not protected, but were protected in thought and corrections needed to be made.

The MLB Pro Winter Meetings will take place in Hawaii, on Maui, from January 8th through January 12th.
—-As GM’s flock to the Hawaiian Islands for the Winter Developmental League, Hawaii became the perfect host for our Winter Meetings. I am still yo-yoing the idea of the Player Auction, but will listen to input from others to see how wanted it still is. In addition, ahead of the Winter Meetings, if you have any league rules/idea/suggestions, now is the time again to let Matt know of them. If they pass initial feasibility and desirability, they will be discussed with the league office and then potentially the league. A reminder that rules seen as completely necessary do not need any league vote, whereas ideas that are not completely necessary, but have support of the league office, would be put to a vote.