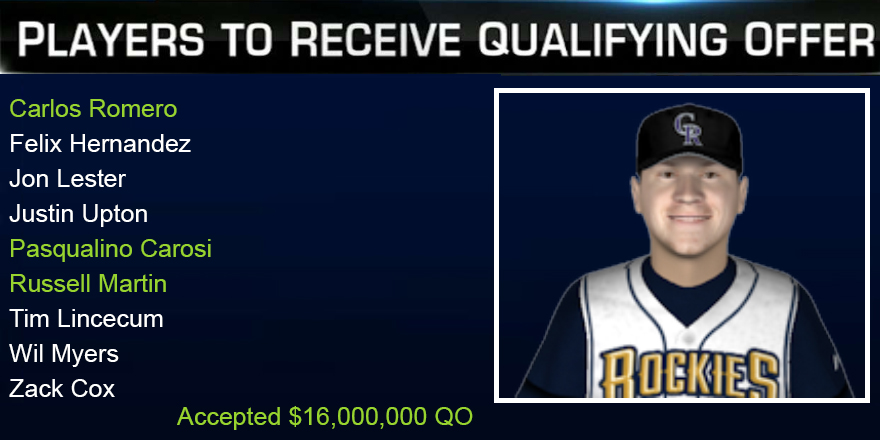 [Notes: Our rules now dictate that a player may receive only 1 QO in their career. OOTP 20 does not recognize past QO’s. As such, the Angels offer of a QO to SP Jordan Lyles is ignored. The compensation attached to Lyles will be removed upon the open of free-agency.

While Russell Martin also had previously received a QO, the league office was unaware of this at the time. We were unable to make this known to the Mets. As such, Martin’s QO will stand. We will spend time this offseason trying to get an accurate list of past QO’s.]