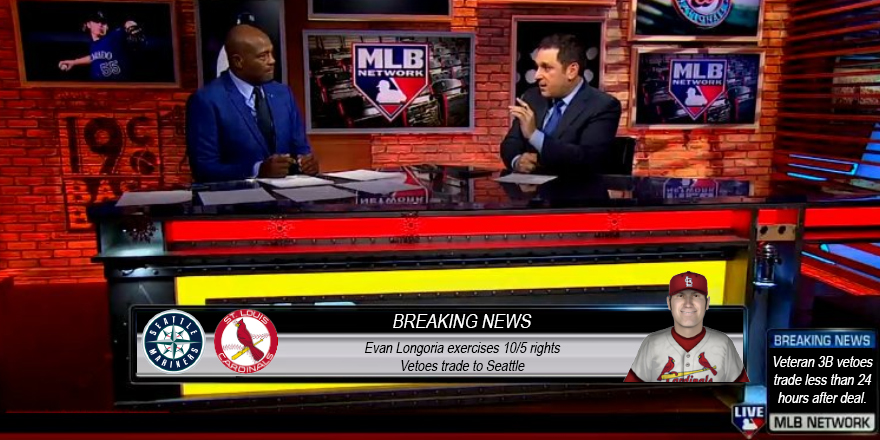 On Tuesday night, the St. Louis Cardinals reached an agreement with the Seattle Mariners on a deal that would send veteran third-baseman Evan Longoria to Seattle.

A six-time MLB Pro All-Star, Longoria has spent the past six seasons as a member of the Cardinals organization. Longoria is the MLB Pro Cardinals franchise leader in games played, hits, runs scored, home runs, and RBI’s.

It was a move that shocked Longoria.

It was a move that less than 24 hours later, Longoria himself has decided will not happen.

On Wednesday evening, the 34 year-old, exercised his 10/5 veto rights.

Neither the Cardinals or Mariners have issued a statement yet on the matter.