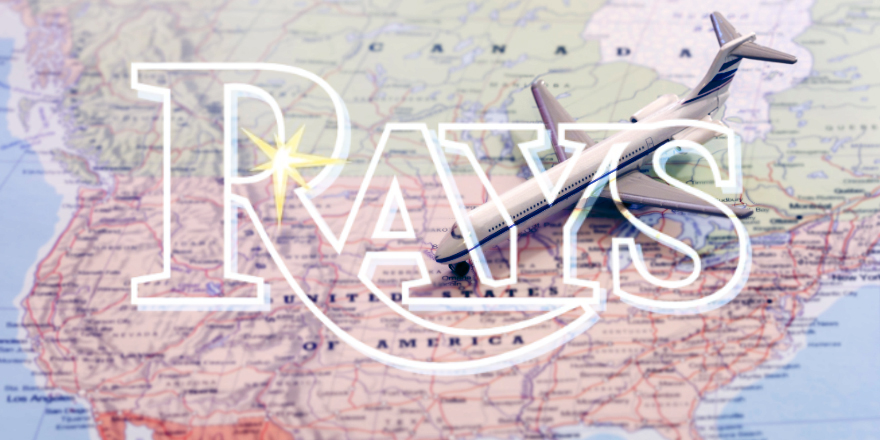 In the end, that was the total on Tampa Bay’s franchise defining day of trades. When General Manager Heinz mentioned the possibility of a big organizational shakeup, few could have envisioned all that took place over the span of a few short hours.

It all began mid-day on the west coast when a trade within the AL East began the Rays moves. Tampa Bay traded veteran closer Jordan Walden to division champion and rival Toronto. The Rays return was highlighted by pitching prospect Grayson Rodriguez. Those within Tampa Bay view Rodriguez as a solid mid-to-back end rotation piece in the future. As for Toronto, this was a World Series or bust move. A Toronto executive came out and told the media, “this is as good of a team as we will ever get.”

Not long after this first trade, the Rays were back at it again. This time, trading infielder Enrico DeLeon to Los Angeles. This deal sent the 27 year-old infielder west in exchange for a package which included big league pitcher Gabriel Guerrero and exciting infield prospect Ryan Spieth. Spieth, the brother of golfer Jordan Spieth, could become the next star in Los Angeles. A young, do it all shortstop, who if develops, could be a cornerstone in Tampa. The Dodgers add an exciting piece, a player who had a WAR of 4.4 in 2018 and 2.6 in just 72 games last season. In that limited action, Enrico had 22 doubles in 289 at-bats. Had it not been for an early season torn thigh muscle, he would have had a very big year.

Tampa’s next move saw the Rays move MVP candidate Steve Winter. Winter was shipped to Colorado where he fill the void of Wil Myers. Winter, played two full seasons in Tampa posting a WAR of over 9 during that time. Last season was a career year for Winter. His .325 average and .434 on-base percentage were both career highs. With Jed McKinley already there, Winter will join an offense that does not lack firepower. 2019, 5th round draft pick Stanford Samuels headlined the package being returned to Tampa. Samuels, along with Brady McConnell, Aaron Ashby, and Carter Young give the Rays plenty of ammunition to replace Winter down the line.

The adventure in Tampa Bay continued out west, but this time in the American League with Dansby Swanson being traded to the Angels in exchange for a pair of prospects and Michael Fulmer. Swanson, a great defensive shortstop, struggled with his bat. The Angels hope a change of scenery is good to the former first round pick of the Angels. Tampa took on a change of scenery lottery ticket in Michael Fulmer, a high-stuff pitcher who has never put it all together. Along with Fulmer came a pair of outfield prospects in Nathan DeRemer and Leody Tavares. DeRemer showed plus power in a productive season in the low-minors.

The flurry of trades next sent Jordan Cote and Daniel Tillman to Texas in a trade that brought Tampa some of the Rangers top prospects. Dan Hughes has a great cutter and the makeup and work ethic tor it to continue to develop. William Gray’s bat while needing improvement, has the ability to make this speedster a future big-leaguer.

After five trades, the Rays still had their two top guns to go. With Stephen Strasburg and Lucas Giolito, Tampa Bay had a pair of front-line pitchers that all 29 other franchises would love to have. That said, only two teams were able to make their dreams come true.

First came Giolito. The young ace became the third frontline starter traded to Oakland in the past six months. After acquiring Walker Buehler and Shelby Miller in July, the A’s were back at it again. Now with a three-headed monster leading the rotation, Oakland can stay competitive in any game. They also still have trade chips in Juan Oramas and Sonny Gray to find other pieces. As far as Tampa goes, this trade brought perhaps their biggest diamond of the day, in prospect Hunter Johnson. A top-ten prospect in the league, Johnson could crack the Rays rotation late in 2020 or by 2021. A four-pitch arsenal, above-average control, and a terrific understanding of the game, Johnson could be the real deal. In addition to Johnson, the Rays brought in big-league pitcher Jeremy Benson, another young arm who is ready to pitch right away. The prospect haul also included catching prospect Shep Rose (power hitter), Cam Randall (smooth swing), and Jeremy Eierman (another slick-fieldering shortstop).

The final deal of the day came with Strasburg. After rumors of another American League Central team making noise with Strasburg, it was the Cleveland Indians who landed the veteran ace. Joining a rotation of Pineda and Swift, Strasburg could be the difference in keeping Cleveland away from a late season collapse. The acquisition cost was high, with the Tribe sending Tampa highly-regarded prospects Will Macoy and Eric Pardinho leading the way. Macoy has plus speed, an elite arm, and a good eye at the plate. Pardinho, a former international amateur who signed for $4,000,000 in 2018, is an 18 year-old righty from Brazil with a twelve-six curveball that would make even Barry Zito blush. While young and coming off of a tough first season as a professional, he’s a pitcher who never hung his head after a tough outing. Years away from making an impact at the big-league level, but a pitcher with the stuff to one day make a big impact.

7 trades and 36 players later, today is a day that will define the Rays for many, many years to come.